A chance for children to break out of poverty 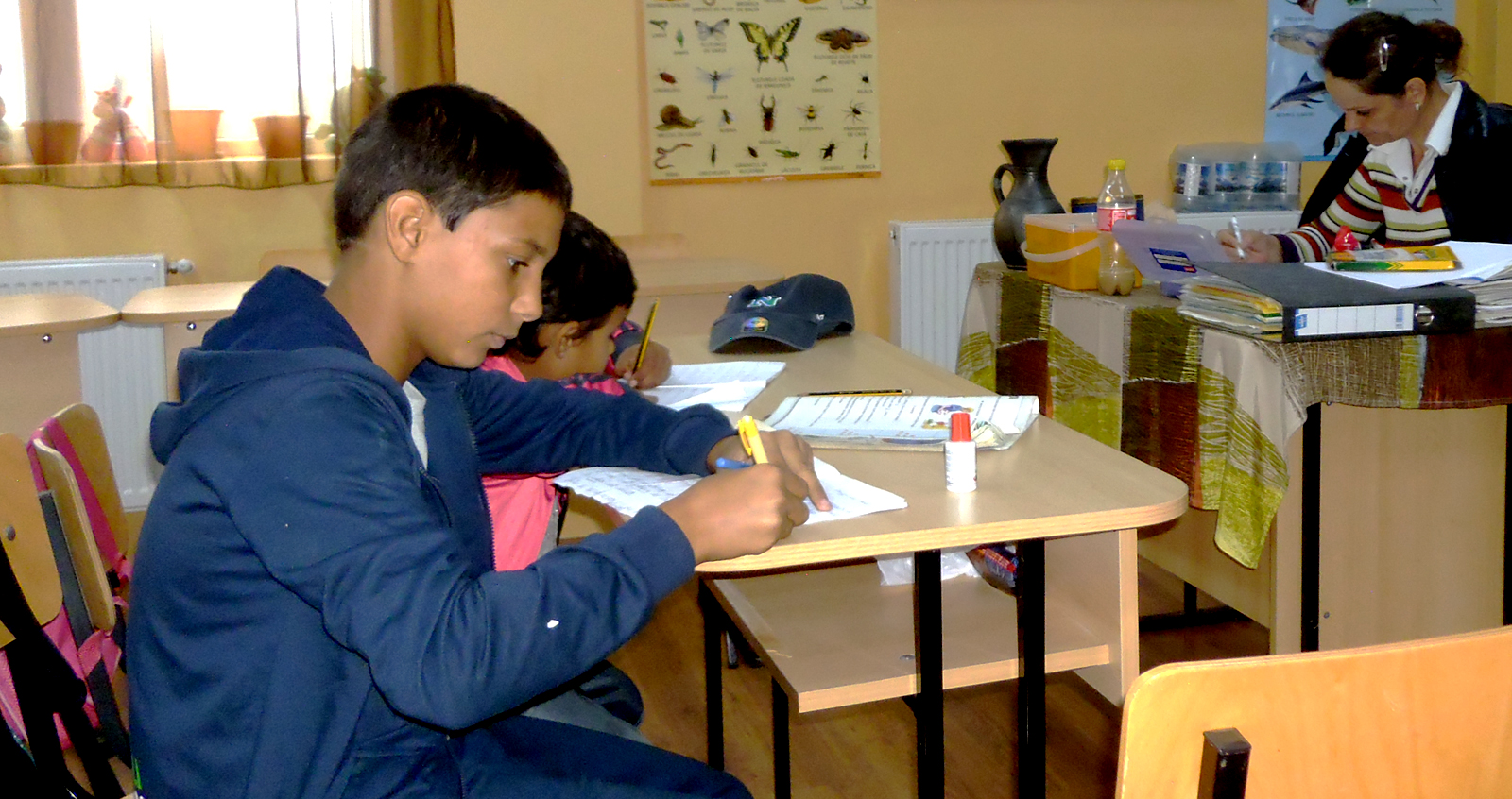 Ion is a 12 year-old boy who lives in Glina with his mother, stepfather and three half-sisters aged 3, 4 and 6. Both his mother and stepfather are unemployed and illiterate.

Glina is an extremely poor suburb of Bucharest, situated near the city’s landfill site. A high percentage of the population in Glina corresponds to Ion’s family picture: numerous, illiterate and unemployed. Families in Glina survive by collecting rubbish from the landfill site.

Ion used to spend his mornings working at the dump helping his parents, while in the afternoons he was busy taking care of his little sisters. He had no time for normal childhood activities and did not attend school.

Growing fast, he would soon be too old to enroll in school. No formal education would mean losing the most important opportunity to improve his life.

Luckily, Inocenti Foundation managed for the local authority to agree to admit him into 1st grade. Unfortunately, a few short months after his enrollment, as the curriculum became more complex, Ion began missing classes and eventually stopped attending school altogether. At the time, Inocenti Foundation’s social assistant worked with his teachers and family in an attempt to get him back to school, but he had lost his self-confidence and was needed at home.

That was when Inocenti Foundation realized there was profound need for a structured community intervention. Not only for Ion, but for every child in Glina.

In March 2012, the Psychosocial Support Center opened its doors with the ultimate goal of helping children continue their education for as long as possible and for at least 4 years.  The center represents the first private social service established in the area.

Without this program and the social assistants’ daily presence in the community, Ion would have become a national statistic, another name on the school abandonment lists.

The daily activities offered at the center helped Ion fill the gaps in his education and manage to pass his final first grade exams.

Ion is now attending second grade. His life is more organized and enjoyable. Eighteen months ago, Ion was collecting junk to help his family and to buy a school bag for himself – attending school was only a dream.

It was a year of challenges and ups and downs for Ion, but with the support and guidance from the Inocenti Educational Center, Ion now has a chance to succeed in life and break the poverty cycle.

There currently 12 other students and families who, just like Ion, are benefiting from the program. Including Ion’s 6 year-old sister! At the center, children are also offered an array of activities suitable for their age, such as educational games and visits to parks and museums.

The most valuable capital is that invested in education.