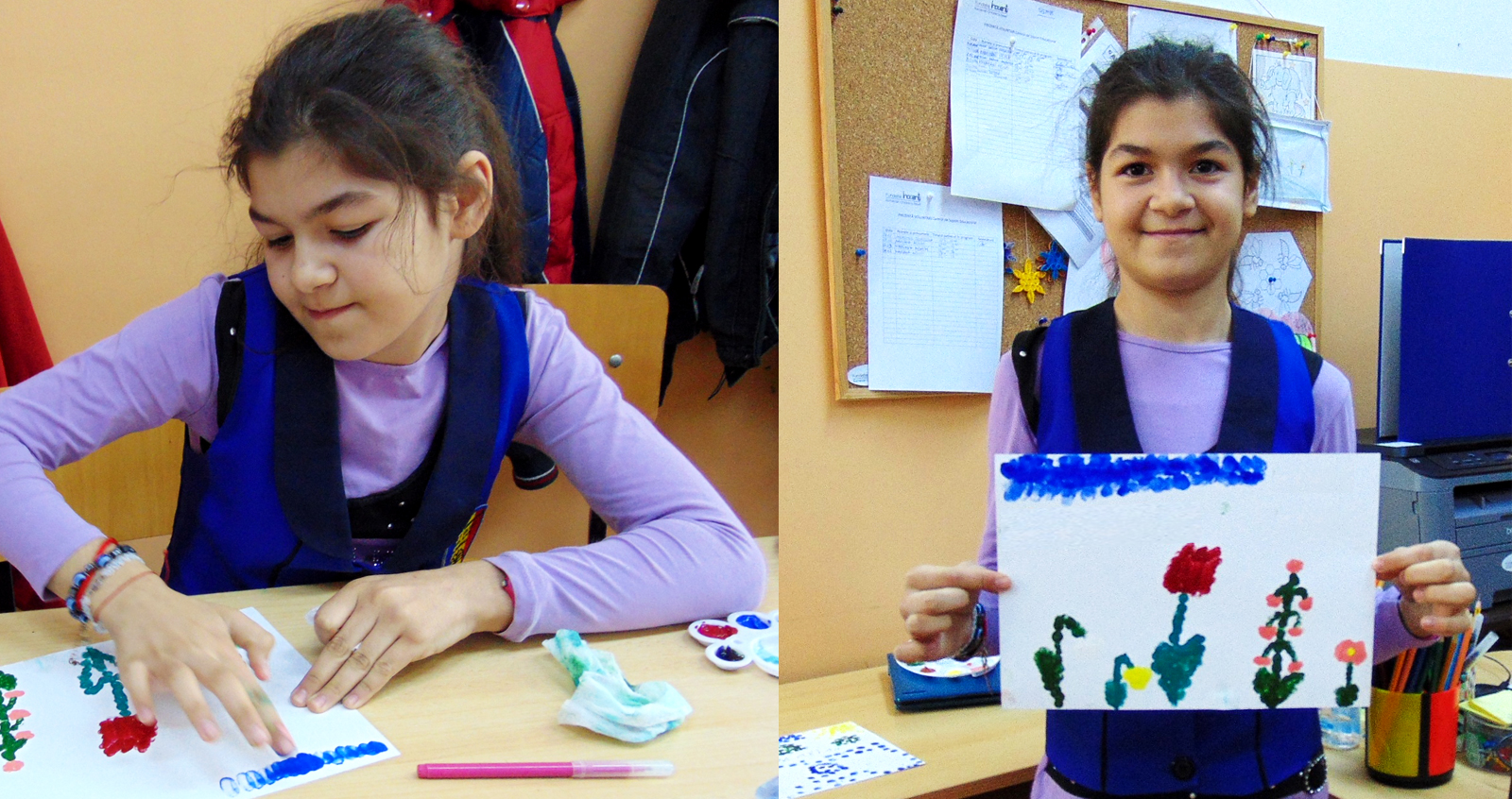 Alexandra* is 12 years old and lives with her father, her paternal grandmother and her seven-year-old brother in Glina, Romania. Her parents are separated and her mother, although living in the same village, has no relationship with them. This unfortunate situation greatly affects the children emotionally and worsens the father’s burdens.

When Alexandra started attending Inocenti Foundation’s program in October 2014 she showed low self-esteem and lack of confidence. Alexandra also kept falling behind in class and, unfortunately, her family was not able to give her support with the schoolwork at home.

Nonetheless, Alexandra began to participate in the center’s activities regularly and last year she even attended Inocenti Foundation’s summer camp. However, due to her very strong attachment to her family, she was very affected by the separation and had a very difficult time at the camp.

At first Alexandra missed home. She then began crying often and, eventually, refused to eat anything, arguing that whatever she ate bothered her. She started vomiting and, although she received adequate medical care within the camp, her condition deteriorated. Alexandra started suffering from severe abdominal pain and anxiety. She was therefore taken to a nearby emergency hospital along with the foundation’s clinical psychologist from Bucharest, who she insisted on travelling with.

The young girl was hospitalized for a few hours and, when her family arrived, calmed down and denied any medical problems. Given that her recent health issues had been largely somatic, Alexandra was included in the psychological counseling program.

Over the course of the counseling session with the program’s psychologist Alexandra opened up and made headway fast. Thanks to the program, Alexandra developed her self-confidence and overcame fears like that of being far from her family. She recently expressed her interest in attending summer camp next year.

Alexandra’s father is happy that her daughter has the opportunity to receive support from Inocenti’s team; he admits that raising a daughter is overwhelming for him. He knows that the maternal figure is in fact Alexandra’s grandmother, whom the young girl loves very much, as he realizes she is the one who cares for her.

Moreover, Alexandra was able to move up to 4th grade with good marks and to 5th grade with very good marks, showing steady progress. She often does her homework by herself but also knows how to ask for support when needed. Thanks to the project the family received some donated furniture and now, with a new desk and a good chair, Alexandra is better prepared to study independently at home.

Alexandra has proven to be a responsible and intelligent girl and we strongly believe she will be able to overcome her fears.

*The girl’s name has been changed to protect her identity according to the Romanian child protection legislation.

A holistic approach which focuses on psychological support helps children in need develop self-confidence and overcome the challenges of life.

Looking back: how we and our partners faced the Covid-19 outbreak