Benin: Breaking the chains of ignorance 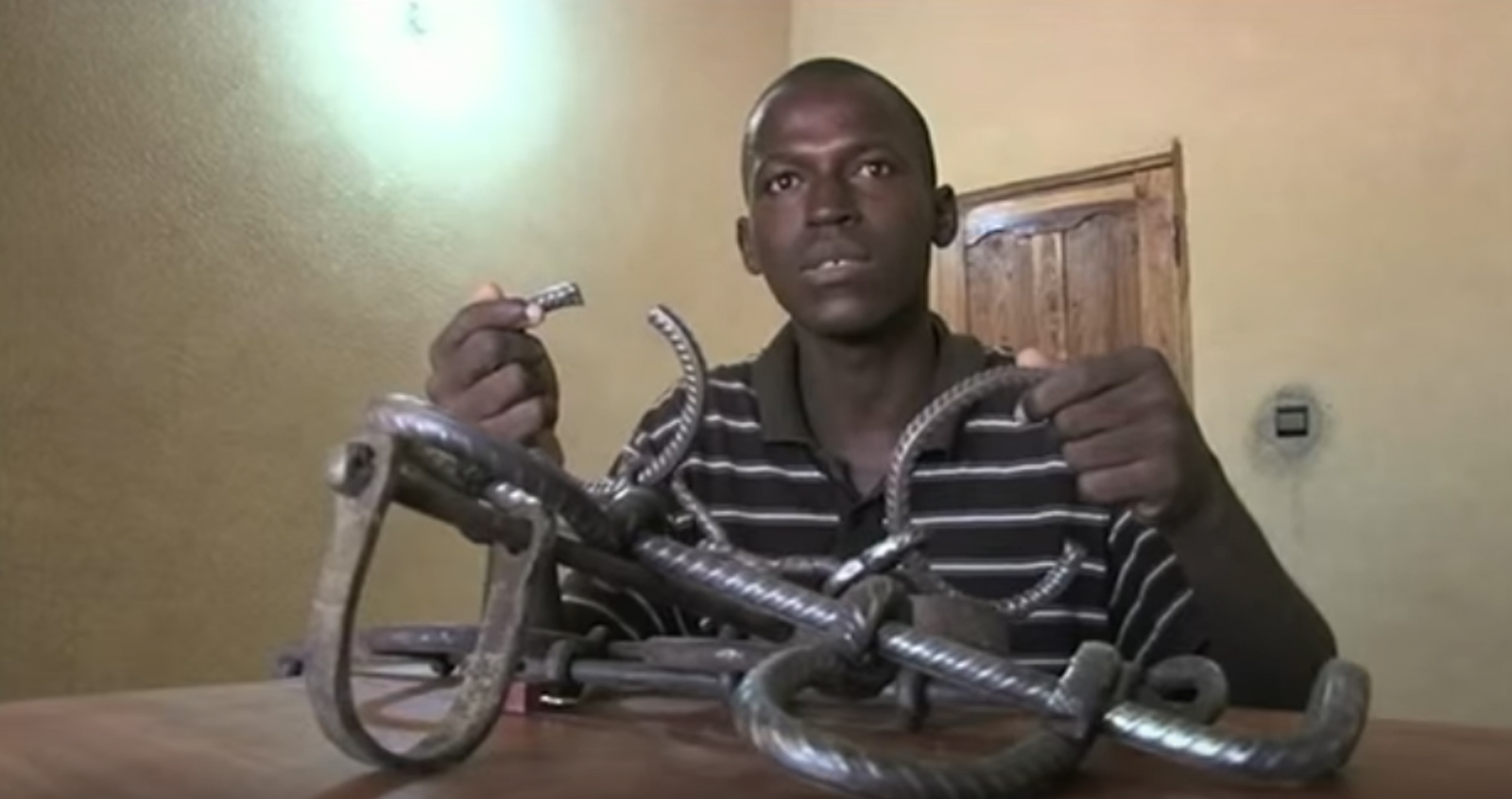 Julien is locked up in a large, dark room.  He is sitting on the ground in a corner.  His ankles are bound together with a very short chain.  He is surrounded by walls, darkness and a dirt floor.

This is how Grégoire found Julien the first time they met, in a village just a few kilometers from Djougou, in Benin. Grégoire unchained Julien and took him in as part of the project we support to strengthen their country’s mental health system.

Grégoire Ahongbonon is 60 years old. Twenty years ago he decided to set out on a mission: to restore dignity to the mentally ill Africans that are marginalized because of their condition.

When Grégoire receives news of mentally ill persons out there, he jumps into action, no questions asked.  He finds them and brings them back to the centers he put together for rehabilitation and reintegration.  Grégoire built these centers with devotion and the help of private donations.

Julien Adjaï is 25 years old. From his corner of his dark room, Julien understands someone has come looking for him. He goes out into the street, looks around, and finally sees Gregoire.  “How are you my friend?” asks Grégoire, “Fine, thanks”, he answers.  Grégoire continues, “I’ve come to help.” Julien replies, “I’m happy about that.”

After a bantering briefly, Julien gets up and, struggling, walks a few meters and stands near a tree. He is surprised.

“We did not know what else to do”

“We’ve kept Julien chained up for years“ says Mathieu, Julien’s older brother. “We took him to healers and all sorts of people, yet no one could help him get well. We chained him up because the divining rods couldn’t heal him. He got a little bit better, and then the illness returned. He started studying for his college degree, but his illness got worse. We didn’t know what else to do.”

“We’ll take him with us and help him,” Grégoire says.  Julien silently watches. They accompany him into the Djougou Reintegration Center’s minivan right there and then, chains and all. They don’t have the right tools to remove them now. “We are taking you so to help you get your life back,” Grégoire tells him.

“It’s not the family’s fault they put their own family member in chains,” Grégoire explains, and adds: “It is the sects’ fault.   They bind people in the name of God, then make them suffer by taking away their dignity.”

Julien is a tall and handsome young man. His eyes, however, show the suffering he has endured; his nervous, over-excited face says it all. Julien can make it, though.

Three months later, the look on Julien’s face is very different.  Ever since Julien saw his chains removed from his ankles, nobody dares limit his freedom.  At the Djougou Center, Julien has met other patients and has started talking again. He plays, eats and is living a new life; Julien has even resumed his studies. The clinical treatment he has been receiving is already showing positive results.

“It’s difficult” he says, “I still remember clearly that period of being locked up in chains.  It’s not my brother’s fault.  I was crazy and they chained me up.  I remember the suffering. I’m still not able to completely distract myself from it.  I can’t look up at the sky and just enjoy the clouds.  But I do like studying,” says Julien smiling, with his textbook in his hand.  “I like studying science and understanding how the universe works.  I also like animals.” Today, unchained and in a friendly environment, Julien is doing better.  At the moment his first goal is to earn his Bachelor’s degree.