Five years chained to a tree 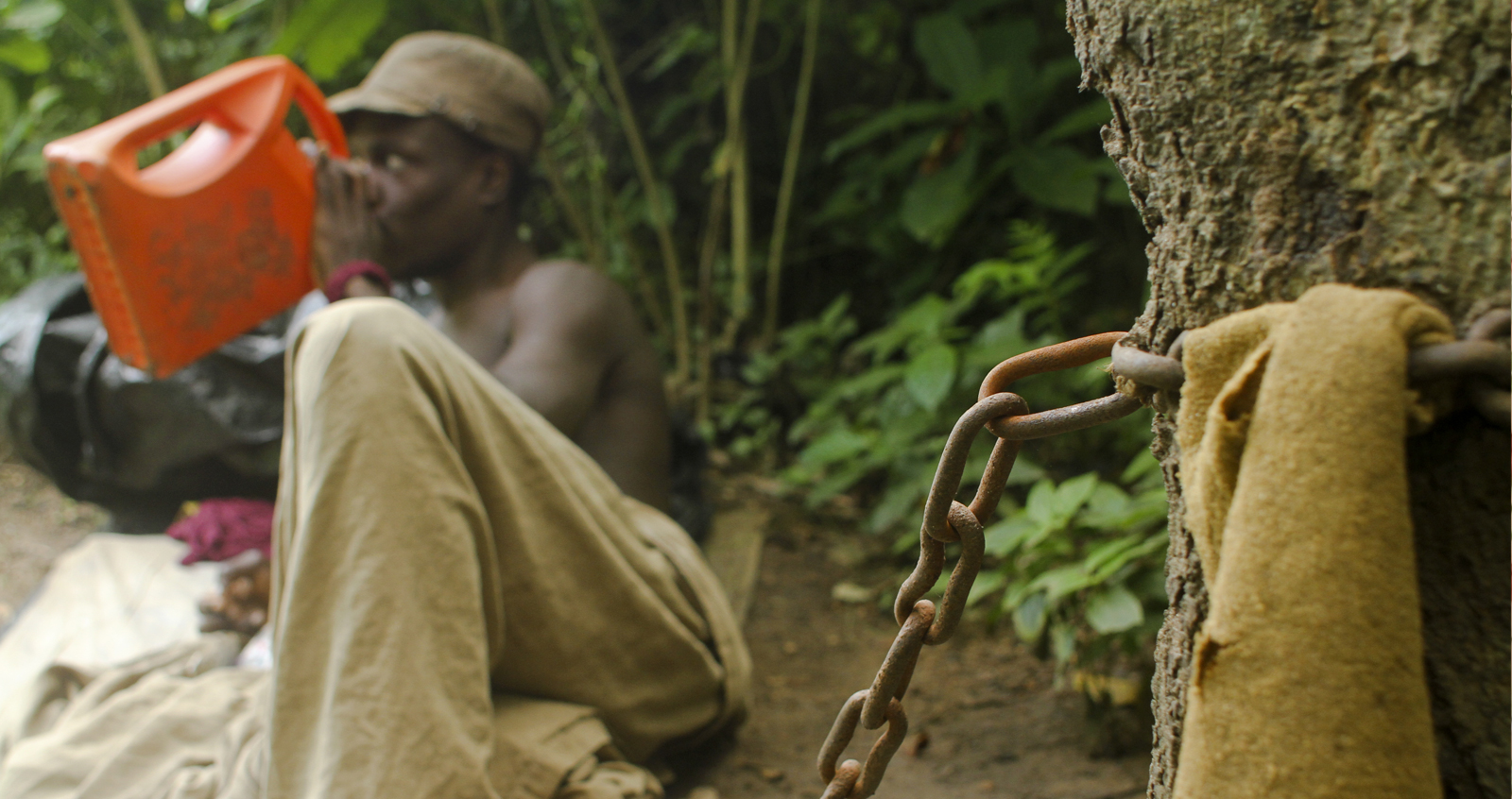 “My family just dumped me here and left.”

Ali is chained to a tree in the Jesus Divine Temple Prayer Camp in Ghana.  He has a mental disorder. What strikes you as you listen to him, is the lucidity with which he explains his degrading situation. With his penetrating eyes, he continues telling his story: “For over five years, no one has come to see me. No one cares about me,” he stops and lowers his gaze, “Look where I am.”  Then he turns his head around to look behind him saying, “Look where I defecate. Look where I bathe.”

Thousands of people with mental illnesses in Ghana are forced to live in spiritual healing centers, popularly known as ‘prayer camps’, which are run by self-professed ‘healers’ of mental illnesses. Being denied access to medication, they are commonly chained to trees, frequently in the scorching sun. They are also forced to fast, with no food or water, for up to 21 days. All in order to chase away the alleged demons that have possessed them.

“A result of evil spirits”

As part of the ‘healing process’,  Ali explains, some residents remain chained up all day and are not released even to use the toilet or to wash themselves. Some of the many religious leaders managing these prayer camps openly reported to our partner organization, Human Rights Watch (HRW), that they believe mental illnesses are caused by evil spirits.  “The Lord will heal the people through me. Through fasting, I heal people,” explains Leo Baidoo of the Nyakumasi Prayer Camp.

Despite the horrible conditions Ali is living under, he does not lose hope. “I stand with faith in God that one day all will be well with my life, and I’ll get out of here.”

As it has been emphasized in the detailed HRW report, Like a Death Sentence, Ghana ought not only regulate these prayer camps, but also establish a system within the community where people can receive quality mental health care as close to their homes as possible.

Protecting the rights of persons with mental disabilities