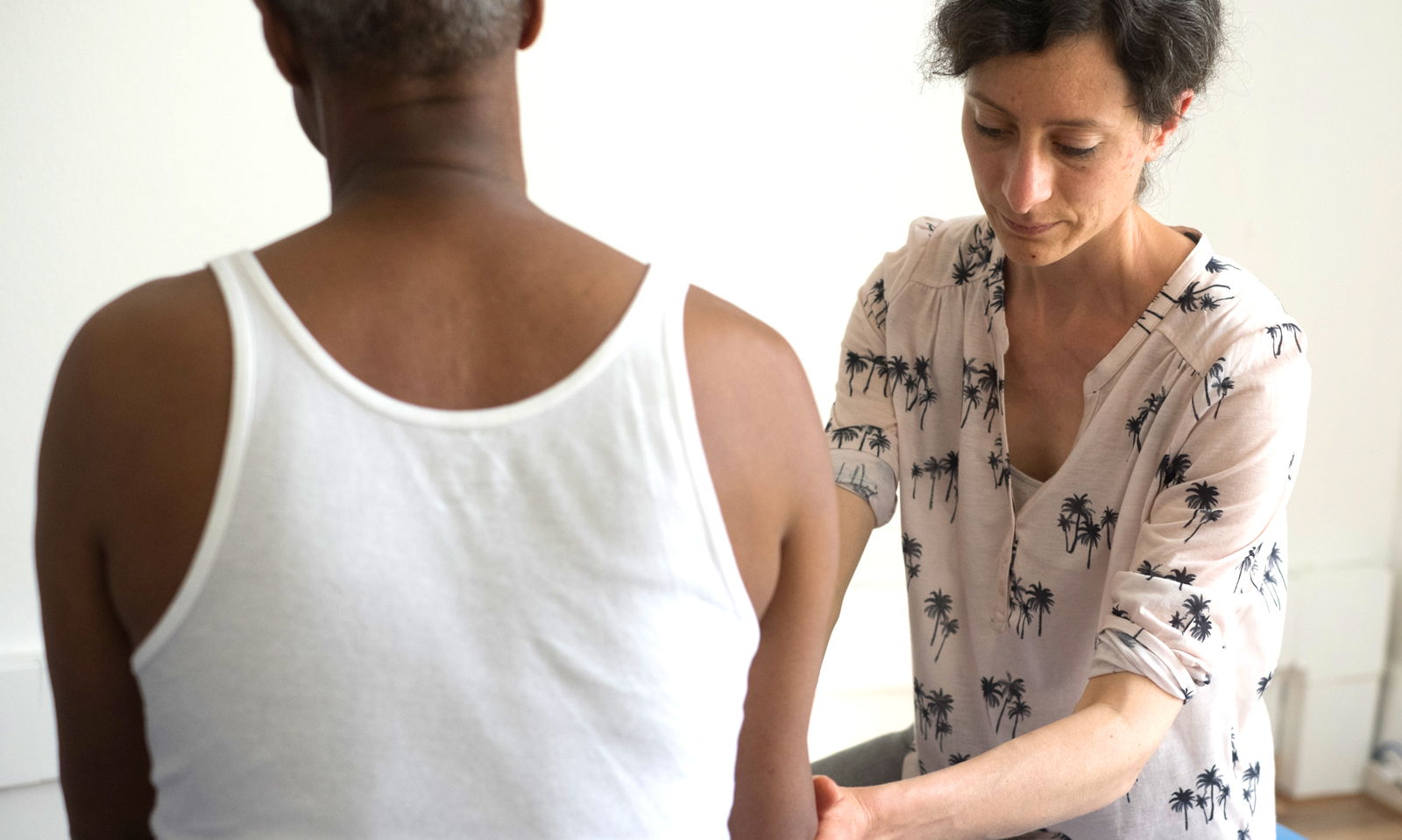 Habtom was born in Eritrea to an Ethiopian mother and an Eritrean father but grew up in Ethiopia, where he eventually became a teacher. In 1998, when war erupted between Ethiopia and Eritrea, he was forced to flee to Eritrea to avoid persecution. When the war ended, Habtom returned to Addis Ababa, where he was arrested and severely beaten under accusations of being a spy due to his Eritrean origin. For more than four years Habtom was detained under conditions of forced hard labor, filth and hunger. After his release and following a long and painful journey, Habtom was able to reach Switzerland.

In Lausanne, Habtom’s general practitioner carried out various exams but was unable to treat Habtom’s sleeping disorders and gastric problems. He therefore decided to put his patient in contact with Association Appartenances, which offers specialized psychotherapeutic and psychiatric help to people suffering from the consequences of collective violence, migration and torture. At Appartenances Habtom was assigned a psychiatrist.

When his asylum application was denied a second time, Habtom was forced to move into a bunker house. This further aggravated his health problems and Habtom contemplated suicide. Fortunately, Appartenance’s psychiatrist and Habtom’s GP provided the government with the medical reports required to transfer him to a refugee center. Habtom’s health, however, remained unstable; he lost weight and was hardly able to sleep. He was also unable to concentrate and learn French, which made it hard for him to integrate.

At Appartenances, Habtom’s sessions were geared towards empowerment and designed to allow him to reclaim his body, restore a link with his emotions, and improve his pain management and other physical ailments. To help him integrate into society, Appartenances’ psychiatrist suggested its socializing project, Espace Mozaik, where Habtom could meet with other people and attend French and computer classes.

Habtom also attends weekly sessions with Appartenances’ physiotherapist to relieve the pain in his shoulder and throughout his body. The exercises and massages provided by the physiotherapist have helped reduce the stiffness and pain in his back and legs. Habtom’s health has improved both psychologically and physically. He is overcoming some of his health problems and regaining some self-esteem.

Habtom’s gratitude is touching, as is his trust in the whole team of therapists and social workers at Appartenances. He describes his psychiatrist as a very sensitive, kind and respectful person who is always there for him. Thanks to the Appartenances team, Habtom knows that he is not alone anymore.

A multidisciplinary approach to the body and psyche is an effective aid to individuals suffering from the psychological consequences of migratory experiences and collective violence.

Psychocorporal therapy groups for survivors of torture and war

The intangible needs of migrant children