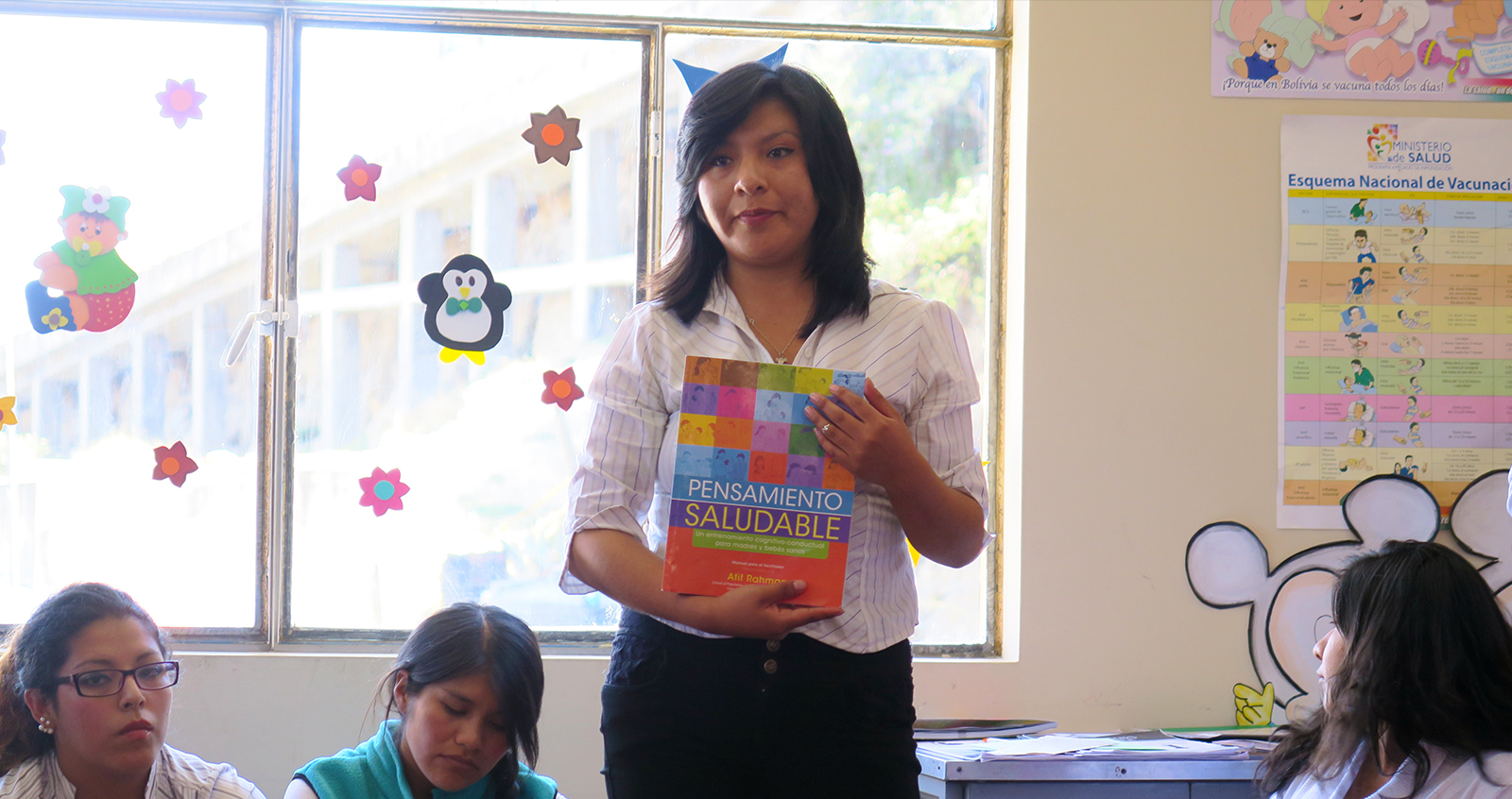 Those close to Nataly would describe her as dynamic, sociable, and talented. She has a passion for music and takes part in a local musical group as a singer. Nataly’s life however, took an unexpected turn at the age of 17 when she became pregnant.

As her pregnancy progressed, Nataly became worried that her relationship with her baby’s father would not gain the approval of her parents due to his age. When her grades began to suffer and school staff discovered her situation, they connected Nataly with CBM’s Mental Health Program “El Taypi” in the city of La Paz, Bolivia. The El Taypi program uses a community based approach to care for pregnant women and children at risk or affected by psychosocial problems or psychiatric disorders. Social promoters trained by health professionals offer specific training for mothers as well as individual and group counselling.

The El Taypi program supported Nataly as she explained her situation to her parents. “I was afraid to tell my parents about the pregnancy, especially to my dad because he is a policeman and has a strong character. However, with the support of the El Taypi staff I was able to talk to my parents and find out that my father was really understanding.” Although the relationship between Nataly and her baby’s dad never gained the approval of her parents, she finds solace in the new bond between her baby and her father. The program has helped Nataly to improve her self-esteem as a new mother and to educate her on pre- and post-pregnancy care. She expressed that her close bond with Paola, one of the social promoters, allowed her to feel strong and important. With Paola’s help, she has learned to be more attentive to herself and has learned the importance of the bond between mother and child.

As for her future, Nataly would like to become a Chef. “Before being part of the program, I did not think in this way, nor did these ideas come to mind, because I felt that I could not do anything, I only thought of my daughter, of taking care of her so that nothing happens to her. Now, I understand that even thought I have a baby I can continue with the activities I was once thinking about doing.” She plans to continue her studies at the University and credits the El Taypi program for her newfound confidence.

Building the foundation for motherhood requires the love and support of those around us.