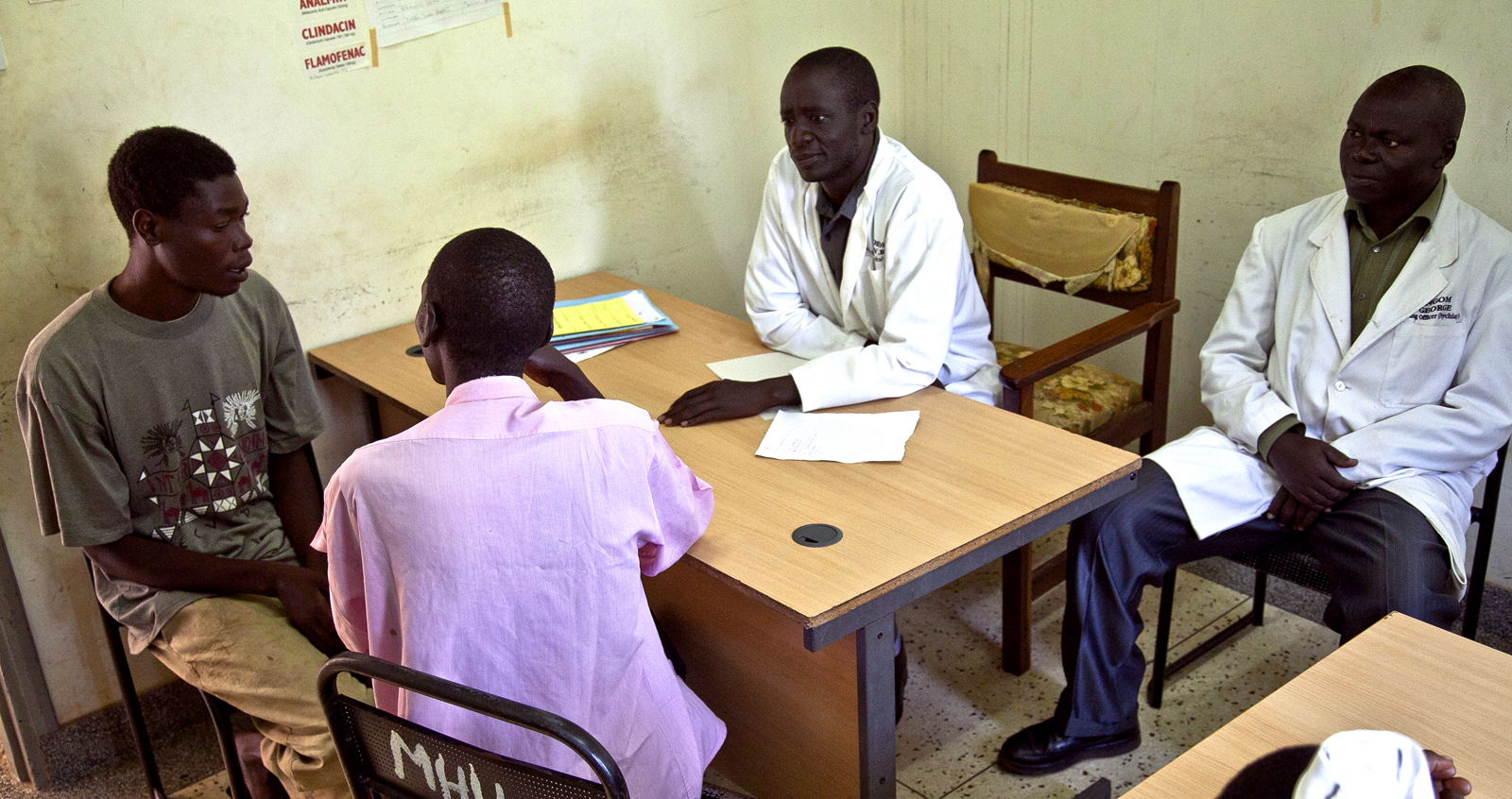 Patrick is 23 year-old former child soldier from a village near Kitgum, in Northern Uganda. He was forcefully recruited into Joseph Kony’s LRA rebel ranks. He was repeatedly beaten by rebel soldiers and rose to commander, where he had to kill many people, including three of his siblings.

When Patrick returned home, his wife and family feared for their safety. Patrick slept with a club by his side that he would reach for during his frequent nightmares.

In October 2011, he was admitted at the Kitgum clinic and included in the PCAF Program. Staff reported Patrick suffered from the most severe case of post-traumatic stress disorder (PTSD) they had ever seen. He was continuously affected by flashbacks and would command imaginary rebel soldiers across the clinic’s ward. He once heard the footsteps of a malaria spraying team and ran out of the ward and into the hospital compound where he shouted military instructions to imaginary soldiers.

After a stormy period in and out of the hospital, which included several suicide attempts, Patrick began visiting the clinic regularly. He worked closely with Jean Laker, PCAF Kitgum’s social worker, and the counseling staff.

After he stopped the treatment, Jean Laker conducted a visit to his home, where she found him roofing a new house for his family. Both his mother and his wife reported that Patrick, who had been withdrawn, uncooperative, and prone to irritability and fighting, was now a helpful member of the community. Patrick had recently completed building a house for his mother, who is raising the orphaned children of Patrick’s murdered sisters.

In honor of the PCAF social worker who helped him turn his life around, he named his newborn daughter Jean Laker.

Training indigenous healthcare professional will give to post-conflict societies the tools to heal themselves and proceed on the path to recovery.